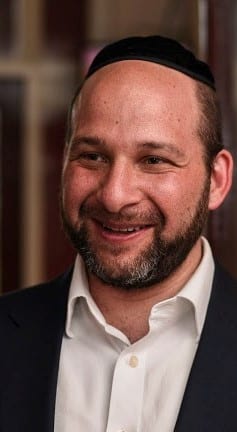 Oil for lighting, spices for the anointing oil and for the incense (Shemos 25:6)

Building upon Rashi’s commentary of this pasuk the Maharal in his sefer Gur Aryeh is puzzled with the Torah’s description of the oil and spices donations to the mishkan. Identifies the Maharal that when it came to all of the other offerings towards the building of the mishkan, there was no explicit mention of the purpose for which the donation would be utilized. It doesn’t for example say where the gold or silver specifically would be used. Yet when it comes to this pasuk we are informed of the offerings destination. The Torah writes ‘Oil for lighting, spices for the anointing oil and for the incense (Shemos 25:6)’. Could this mean that for these two items an exception was made and the contributor would have advanced knowledge towards what he was bestowing? The Maharal explains that Rashi informs us otherwise. Only Betzalel the great constructor of the mishkan was given the Divine wisdom to know which person’s contribution should go towards which aspect of the mishkan project. The copper kiyor ablution laver, whose materials exclusively came from the donated cosmetic mirrors of the Bnos Yisrael was a good illustration of this. Rather the commentaries elucidate that further details offered by the pasuk were simply to understand the quality of what was donated, as both oil and spices have degrees of worth, but not that what was offered could be in some way directed.

This principle of offering our resources, time, money and abilities, unconditionally towards where Hashem wants them to be directed, runs counterintuitive to society’s approach to giving. Today, it is certainly accepted practice, that it is the benefactor who chooses, not only the cause but even which aspect of the cause, he wishes to support in some meaningful way. The Torah is teaching us, through the paradigm of the mishkan’s construction, that this is the incorrect approach to giving. True nedivus lev, heartfelt philanthropy, we see from here, is about giving of oneself unconditionally with the open hearted intention of creating more emanation of Hashem’s glory in the world. How this will happen ultimately is beyond the ken of man and should, in our humility, be recognized as such. It is well-known that when Rabbi Chaim Volozhiner first approached his Rebbi, the Vilna Gaon, about his plan to open the first yeshiva as we know it, the Gaon did not grant his approval. It wasn’t until he came back a second time, much later demonstrating that his intentions were purely for the sake of Heaven and not for personal accomplishment, that the Gaon gave his blessings to revolutionize Torah study through the opening of the Volozhiner Yeshiva. True dedication to kavod shamayim and increasing Hashem’s presence in the world, we learn from the building of the mishkan, is the only guaranteed formula to determine our donations will end up doing the utmost good and is how we should be giving.