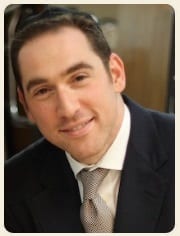 The last day of Pesah ends with a yom which introduces a concept that isn’t expressed in the opening days of the festival. We recognise the 7th day as the day that G-d split the sea for us and we walked through the walls of the ocean to begin our lives as free people.  When we refer to this event in our liturgy we say shirahadashashibehuge’ulim al sefathayam  – ‘’The redeemed ones sang a new song at the sea shore’.  The new song that we sang was different than the songs that we had been singing to G-d in Egypt. There was something new in this divine display that was essential to our freedom and our progress.

The epic splitting of the sea was apparently not part of the official programme. Neither Abraham nor Moshe were told that this would happen although the rest of the journey was outlined in surprising detail.

And He said to Abraham you must know that your seed will be sojourners in a land not theirs; they will put them in servitude and afflict them… But the nation to which they are in servitude — I will bring judgement on them, and after they will go out with great prosperity.  (Gen., 15:13-14)

G-d called to him out of the midst of the bush, He said: Moshe! Moshe!… I have taken account of what is being done in Egypt… So I will set forth My hand and I will strike Egypt with all my wonders which I will do in its midst — after that he will send you free. And I will give this people favour in the eyes of Egypt; it will be that when you go, you shall not go empty-handed: each woman shall ask of her neighbour and of the sojourner in her house objects of silver and objects of gold, and clothing, you shall put (them) on your sons and your daughters… (Ex., 3:4,16-17,20-22)

This miracle of the Red Sea was meant to be a special surprise. On the path out of Egypt, G-d insists that Moshe change course:

G-d spoke to Moshe saying: ‘Tell the Children of Israel that they should turn back! They should encamp before Pi-haHirot, between Migdol and the sea! (Ex., 14:1-2)

Even the most cutting edge ideas grow stale with time and acceptance. We see it with everything — scientific discoveries, business models, technological advances and religious practices. Yesterday’s innovations become today’s institutions. The same was true for the fight for truth and freedom that began with a covenant between G-d and our patriarch Abraham.

And I shall uphold my covenant between Me and you, and between your seed after you for all of their generations — an eternal covenant. (Gen., 17:7)

For over four hundred years a story about the hope of redemption and freedom was passed from parent to child. What was once exciting and fresh became endemic to our national ethnicity and psychology.

Among the elements that we lose when a novel concept becomes institutionalised is its personal connection and experience. When Newton discovered optical science it changed our whole understanding of reality. It was so profound a discovery that it fundamentally affected our perception of our world forever.

When it was revealed, people did not take it for granted. And then, inevitably, they did. A new business might begin because the owners have a passion for a product or for providing a service for the consumer. The challenge is to maintain the connection with the consumer, and the original principles even as the business grows and becomes well-established.  As Howard Behar put it in his book It’s Not About the Coffee which discusses how he, as a senior executive at Starbucks, coached hundreds of leaders in the company  and helped Starbucks grow into a world-renowned brand, “We’re in the people business serving coffee, not the coffee business serving people”. But Starbucks too, in its quest for growth, reached a point where it had its executives questioning whether the company had become so established that it had lost its connection with its original, driving ideals. In 2008 Howard Shultz returned as CEO of Starbucks in order to address that issue. He wrote his book Onward which deals with questions like: ‘How can you grow a company without losing an intimate relationship with each customer?’ and ‘How can you revive your employees’ passion for your company’s founding principles?’

At the Red Sea, G-d addressed the same questions concerning his covenant with Abraham and his children. The covenant had become an institution and He wanted to make that institution personally significant to each of Abraham’s offspring. He wanted to reignite the passion for Israel’s founding principles. The plan to split the sea was not shared in order that He might extend His ‘hand’ to the people, showing them that this was more than an age-old pact with their forebear — it was for them.

On the seventh day of Pesah it is proper to consider which elements of our Jewish lives have become institutionalised, and assess the nature of our relationship with its founding purpose. Pesah closes with this concept because true freedom always requires an element of revolution. Freedom that is achieved is easily lost if it is taken for granted. One must feel a part of the freedom personally and fight for it so it is not assumed to be a default of life. The last day of Pesah teaches us that we must always ensure that our cherished traditions remain personally meaningful and that they always inspire us to sing a shirahadasha – a new song.

Download
Charoset
Passover Tells Us: Teach Your Children Well
Back to Rabbi's Articles