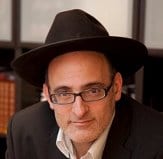 Yitzchak entreated Hashem… Hashem allowed Himself to be entreated by him, and his wife Rivkah conceived. (25:21)

Can we even imagine how difficult it must have been for Yitzchak and Rivkah to be barren for twenty years?

It comes as no surprise when we are told that both of them prayed so fervently and intensely for a child.

Rashi explains that Hashem responded specifically to Yitzchak’s Avinu’s prayer, as opposed to that of his wife, RivkahImeinu. In addition, he explains that the root of the word, va’ye’etar, “and he entreated,” is the word atar, which denotes abundance. The sense of the pasuk is that Yitzchak prayed abundantly – every which way, in order to effect a positive response from the Almighty. Why was it necessary to pray so hard in every manner possible?

RavYosefChaimSonnenfeld, zl, gives us a powerful – almost frightening – insight into the concept and efficacy of prayer and its far-reaching implications. Rashi teaches us that on the day that Eisav went out l’tarbutraah, (left the fold and publicly displayed his true malevolent character), AvrahamAvinu died. The Patriarch was originally supposed to live five more years – to age 180. He died prematurely, so that he should not be privy to the infamy wrought by his evil grandson. This means, explains RavYosefChaim, that Yitzchak and Rivkah’s prayers had severe ramifications for the Patriarch. Had the prodigal twins been born five years later, Avraham could have lived out his entire pre-determined lifespan. Their prayer – if accepted – would be the indirect cause of Avraham’s premature demise.

This is an extremely sobering revelation! We see now why Yitzchak had to pray with such fervour. He was not simply asking for a child. It was much more. He did not know this, but Hashem, Who knows all, was well aware of the difficulty of this decision.

What a powerful lesson this is for us. We all pray and, while Hashem certainly listens to each and every prayer, the reply is not always, in our limited perception, positive. Sometimes, the answer is “no!” We have difficulty understanding His ways, but, He has reasons for everything.

This idea, continues RavSonnenfeld, is underscored in the pasuk in Ashrei – Retzonyireiavyaaseh, v’esshavaatamyishmav’yoshieim, “The will of those who fear Him, He will do; and their cry He will hear, and save them.” This verse seems redundant. With the above, we understand that there are times when we ask for something which we ultimately might regret or which will eventually cause us pain. The pasuk teaches us that Hashem listens twice – before and after – we ask for something. At first, it is good. Then we realize – or become aware – that the ramifications are not good. We pray again. He listens – once again.

There was a certain philanthropist who would spend Succot every year with his family in Yerushalayim, where he was besieged with people seeking his help. While he usually took care of the contributions himself, this year he had hired a gabbai to disburse the charitable funds. He figured that this way he would have more time to listen personally to each person’s needs. He would hand each person a card with a code denoting a specific amount of money. There were a total of five cards. While they represented clearly defined amounts, the gabbai had the right to render his own decision if he felt that his employer had underestimated the gravity of the situation.

The weeks went by, and the process went along smoothly. One day, a distinguished rabbi came to plead on behalf of his sick nephew. With tears in his eyes, he explained how his twenty-two year old nephew had been born with a brain tumour which, at the time, seemed non life-threatening. Over the years, it had shifted and now had to be removed. The surgery, which was dangerous and difficult, could only be performed in America. It was a fortune, and there was no insurance. Could he, please, help? Without the surgery, his nephew, who had recently become engaged, had only three months to live.

The philanthropist himself was moved to tears. He immediately gave the rabbi a card indicating by code that the gabbai should extend all courtesies to this man and give him significantly beyond the usual amount. He wanted to make sure that the surgery and all ensuing costs would be addressed. He never told his gabbai to overrule him, but, this time, he hoped that he would.

The next day the gabbai came to his employer with an incredible story. “Twenty-four years ago, my wife and I lived in an apartment. We had two children, a two year old and a three month old. One day, a terrible fire broke out in the apartment. My wife thought I had escaped with both of our children. When we looked at each other and realized that the baby was still sleeping in the apartment, we became hysterical. The firemen would not let us return to the apartment, claiming it was too dangerous. We would never emerge alive. It was Hashgachah that a bus returning from Tel Aviv stopped in front of the blazing apartment, at the behest of one of the passengers. This man ran out of the bus and, after assessing the situation, ignored everyone, ran to the rear of the building, climbed the fire escape and, with Hashem’s help, saved my baby’s life. That man was the father of this young man whose life is in danger. Twenty-four years ago, he saved my child’s life. Now, I have the opportunity to repay this favour. I beg you to allow me to give him whatever he needs.”

The philanthropist needed no encouragement and gave his gabbai a blank check to cover all expenses. We do not know why things happen the way they do. We live through what seems to be an isolated experience, only to discover many years later that it was an act of Providence to enable us to merit further deliverance. We must remember that nothing occurs in a vacuum and without reason. Hashem is the Source of all activity, and it is His way of calling to us. We should listen and respond accordingly.

May our prayers be heard, and may we know for what to pray.

Please check out my shiurim online!