Awake from your slumber!! 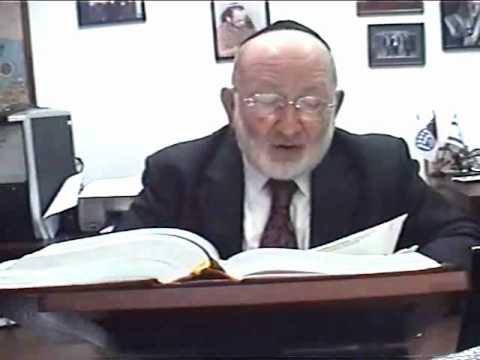 Rambam (Hilchot Teshuvah 3) writes: “Although the sounding of the shofar on Rosh Hashanah is a Divine decree [which is accepted without our having to understand its reason], nevertheless, we can discern a purpose in doing so. It is as if it tells us: Sleepers, arise from your slumber, and those who are dozing, awake from your lethargy. Review your actions, repent your sins, and remember your Creator! Those who forget the truth with the passing of time and who waste their years pursuing vanity and folly that is purposeless and cannot save you – look into your souls and improve your ways and your deeds. Let all abandon the ways of evil and thoughts that offer no benefit.”

The verse quoted in Hebrew reads: “Uru Yeshenim Mishenatchem Venirdamin Akitzu Mitardematchem. The Pasuk uses two similar words that one would think describe the same thing. What is the difference between Sheina and Tardema? Sheina is translated as sleep and Tardema as lethargy.

Looking deeper at the word Tardema, we can note it is composed of two words Tar and Dima, which in Aramaic means double dream.

This represents a deep slumber, one that is hard to awake from. Even if one does awake, they would end up falling back asleep, hence the double dream.

There are two kinds of sleep, one quiet and other heavy.

A person can be spiritually sleeping, their soul dormant for the entire year. Yet when it comes to Yom Kippur, they are enveloped with a feeling of spirituality, their soul shines through.

As the holy day of Yom Kippur begins to draw to an end, at Mincha time, we read the story of Yona.

Prior to relating to the narrative we are introduced to the prophet Yona the son of Amitai. Yona means a pigeon-dove, a messenger, which is an appropriate name for a prophet of G-d. Amitai – a proponent of Emet – truth, apparently at all cost. This is not our first Biblical encounter with this prophet. We are familiar with Yona from the time of the last king of the Yehu dynasty in Shomron, Yeravam ben Yoash (II Kings, 14:25). Yona was the prophet sent to this sinful king to prophesy the expansion of his borders. Poor Yona the son of “Truth” – he seems to be consistently sent by God to “bad” personae to deliver positive messages.

The narrative in the Book of Yona tells us that this time he has had enough. Instead of answering Hashem’s call of “Kum” – Get up and call out to the people of Ninveh, Yona responds conversely.  Yona begins to flee from God, from his destiny, from himself. He believes that through his resistance he will prove God wrong. God sends him eastward (to Nineveh along the Euphrates) and he flees westward (via Yaffo to Tarshish). Hashem told him – “get up” –  “call”,  as expressions of movement toward his mission, but Yona responds with multiple forms of “Yerida” descending to Yaffo, to the bottom of the ship, and ultimately into slumber.

Hashem sends many messengers to encourage Yona to alter his perception and return to his surroundings, his reality and his mission. When the powers of nature – the wind, the sea and their stormy activity- fail to arouse Yona from isolation, God sends Yona the captain of the ship to wake Yona from his slumber and return him to his destined path. “Why are you sleeping? GET UP and CALL to your God” (1:6). Yona’s lack of response underscores his flight, his attempt to flee from his calling.

At the last moment, Yona woke from his deep slumber, finally listening to the voice inside, ensuring that the captain and all crew were saved.

We read Yona just before Neilah (the closing of the gates) to hint that we are coming up to the final attempt to awaken ourselves to change and better ourselves in order to ensure a good judgement.

Yom Kippur is a time to ponder and reflect on the meaning of our existence, of what happened in the past and what lies ahead. After a day of introspection, and for once not being interrupted, having time solely for G-d, we are able to reflect and recommit ourselves to the Almighty.

During the five prayers of Yom Kippur, children, youth, parents and grandparents will be united spiritually, prayers will speak for themselves and the day’s influence will reach all; weak and strong, clever and poor, educated and uneducated.

The regrets and hopes of our people are heavily externalized in our prayers as our thoughts are directed towards G-d.

When we beseech G-d for forgiveness, we say that it is not for our sake, rather it is LeMaancha – for Your sake Hashem.

We pray to the Almighty on this special day to take into account the courage and sacrifice of millions of Jews worldwide who demonstrate every day for the sake of Judaism and G-d their dedication. We ask G-d to take into account the brave parents who fight a difficult war to keep faithful, and instil in their children the desire to continue their just and righteous path to ensure they remain Jewish.

We simply we ask Hashem, – “Laasot Retzoncha Belebav Shalem” that we are able to perform your will with a content and fulfilled heart.

Dear brothers and sisters! AWAKEN – pray hard, with sensitivity, with tears in your eyes, with feelings of submission and force of inner strength and hope with deep faith .

Hashem wants to hear our prayers, give us forgiveness and fill our souls with life. Amen.