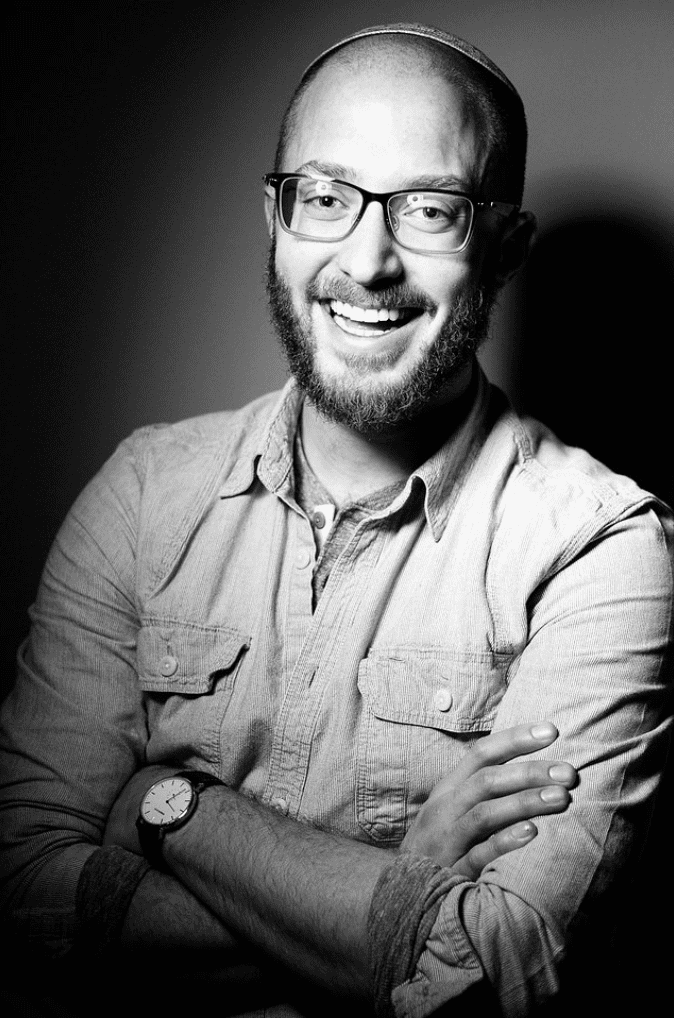 Thinking about the Holocaust this week, around Yom HaShoa, I was struck by the very nature of the destruction the world witnessed only seventy-some years ago. Entire families, neighbourhoods, villages, were destroyed. Rabbinic dynasties snuffed out, family trees torn down like so much tinder; the eternal light of Torah dimmed, our hope in humanity forever shaken.

The thing I found most fascinating was the very nature of the Jewish identity which hounded so many in Europe. No matter how they tried to hide it, distance themselves from it, or reject it outright, peoples’ Jewish connections always came back to haunt them. Being a Jew is an identity that is ours forever, whether we like it or not.

When someone is murdered for being a Jew, we call that person a kadosh, a martyr, one who has sacrificed his life for God. He is holy by virtue of his sacrifice, elevated and set apart. Why is this so? Why would someone who is killed for an identity they could not escape be considered holy?

The answer, I think, can be found in this week’s sedrah. The Torah tells us (Lev. 22:32), “You shall not desecrate My Holy Name. I shall be sanctified amidst the children of Israel. I am the Lord Who sanctifies you.” It is from this verse that we learn the requirement of dying for the sake of Heaven, or in common parlance, dying for a Kiddush haShem.

But what does this mean? And why should I die for the sake of Heaven? How does that help anyone? Surely, alive I can perform more mitzvot, I can spread the name of God in the world, I can continue to serve my Creator. Indeed, this is the view taken by the Talmud (B. Sanhedrin 74a). The Talmud, however, makes a caveat – there are three certain mitzvot which, even if we are faced with death, we must not transgress – murder, sexual transgressions, and idolatry. What’s behind these three commandments? Why are these the three for which we must die?

As we read in the daily Shema prayer, we are commanded to “Love the Lord your God.” As many commentators note, through daily observance of the commandments, we come to love God – as with any relationship, the more that one gives, the more the connection strengthens. The three commandments singled out above signify a break with our Love, a fundamental flaw in the relationship which we have built. When we murder, we are destroying God’s very creations, other beings like us who also have a relationship with Him. When we commit sexual sins, we debase ourselves to a level where interaction with Him is impossible – as some commentators note, when the Mishna in Avot says “Who is strong (heroic)? One who conquers his will”, it is referring to his sexual drive. When we commit idolatry, we sever our connection to our Lord with finality – it is no longer He who we wish to worship, but another.

The Talmud quoted above goes further when describing a situation of Kiddush haShem. “When Rav Dimi came, he said: This applies only if there is no tyrant’s decree [whose purpose is to uproot the Jewish faith]; but if there is a tyrant’s decree, one must incur martyrdom rather than transgress even a minor precept. When Ravin came, he said in Rabbi Yochanan’s name: Even without a tyrant’s decree, it was only permitted in private; but in public one must be martyred even for a minor precept rather than violate it. What is meant by a “minor precept”? Rabbah the son of Rav Yitzchak said in Rav’s name: Even to change one’s shoe strap (from Jewish to Gentile custom).” In light of what we said previously, this passage is easy to understand. When the nations of the world attempt to forcibly destroy our relationship with God, when they try to rend apart the Love of which Shlomo HaMelekh said “No amount of water can put it out. Rivers can’t drown it,” we are commanded to stand firm, defend our love, and go out fighting, even for the most minor of principles.

How is Hashem’s name glorified through our deaths? It’s a tough question, and will always remain so. I think that, based on what we have seen above, an act of martyrdom – and I don’t mean the kind where one sacrifices him/herself – sets an example. No matter what you do to me, you will not break us. There will always be more people like me, Jews, whose connection to God is just as strong as mine.

As a Jew, our identities are inextricably linked with God. No matter how much we try to shed that identity, we are and always will be kadosh, set apart, destined for another mission than the rest of the world. This is not to say we are better, just different.

Many try to rub out their Jewish ancestry and heritage, and some succeed. Less Jews today are interested in being Jewish than ever before. Yet, God’s love of us, and ours of Him, remains. “I am God, the one who makes you holy”, says God. As a Jew, I can set an example. I can be part of a “holy nation and a kingdom of priests”.

Whilst death may be the ultimate sacrifice, and the ultimate example, it is final. We are here today, in every second living with an opportunity to spread God’s name to the masses, to imbue love for our Father in all those around us. “And I will be sanctified through the Jews.” We are a vehicle for God on this planet; we are the agents, the flag-bearers of His Love.

Download
The Choice is Ours
Veahavta Le ReachaKamocha a deeper meaning!
Back to Rabbi's Articles