If there is one thing for certain in life, it is that everyone dies. Sounds depressing, but in actual fact we know that this world is but a corridor to the Real (Eternal) World – the world to come. Yet our Rabbis have noted that certain individuals did not die! We are told that “David Melech Yisrael Chai Vekayam” – “King David is alive and exists”. The Gemarah in Taanit (5) states that Yakov never died! Rabbi Yochanan notes that the Torah normally describes a person’s death with the word “Vayamot”, as was with the case of Avraham’s (Bereishit 25:8) and Yitzchak (35:29). Yet when it comes to Yakov, the Torah never uses the word “Vayamot”. Rabbi Yochanan states that this implies that Yakov never actually died. Rav Yitzchak questions the fact that Yakov never died, for the Torah explicitly states that he was eulogized, embalmed and buried? Rav Nachman responds: “It is written, ‘And you, my servant Yakov, fear not, says the L-rd, and do not tremble, O Israel. For behold, I shall save you from afar, and your descendants from the land of their captivity’ (Jeremiah 30:10). The verse equates Yakov with his descendants: just as his descendants are alive, he, too, is alive.” Thus we see that Yakov never died. How is it possible to never die? Surely this defies logic. Does that mean that Yakov is living with us today?

Even more strange is that later, when Yosef himself is dying, he approaches the brothers and asks them “VeHalitem Et Atsmotai” (50:25) – “When the time comes and Hashem takes Am Yisrael out of Egypt, please take my bones up to Israel with your bones.” Yosef was inadvertently advising his brothers that they too should be buried in Israel. Of course it is a merit to be buried in Israel, but what gives Yosef the right to seemingly impose this stringency on others? The concept of death is utter separation of body from soul, each one returning to its element, making its Tikun (perfection) in its specific way. The essence of life is the ability to connect to Hashem (as it is “V’Atem Hadevekim…Chayim Kulechem Hayom”).

A Tsadik is connected to Hashem in this world, and remains connected even after death. On the other hand a Rasha, even when he is alive, has this intrinsic life force missing from him. His lack of connection to Hashem causes him to be “dead” even whilst alive. It is for this reason that the righteous are called alive even after they’re dead, while the wicked are called dead even while they are alive (Gemara Brachot18).

Our Rabbis taught: “There are three partners in man: The Holy One, Blessed Be He, the father and the mother. The father supplies the white substance, out of which are formed the child’s bones, the sinews, the nails, the brain and the white of the eye. The mother supplies the red substance, out of which are formed the skin, flesh, hair, blood and the black of the eye. G-d provides the spirit, the soul, the beauty of the features, eyesight, the power of hearing, ability to speak and walk, understanding and intelligence.” (Gemara Nidda 30a).

Our Sages note that “Brah karah deavuh” – “A son is a physical extension of his father, and the son’s soul has an effect on the father”. A son, who goes in the righteous ways of the father, continues his legacy and gives life to his father’s name. In such a case it is as if the father never died, for his son continues his father’s legacy, both spiritually and physically.

Yosef was Yakov’s prodigy. From a young age, Yakov had invested all his Torah that he learnt in Shem VeEver into his son Yosef. Yakov saw in Yosef a future leader. He also noticed that there were many similarities between the two. Many years later when he finally got back together with Yosef, he was pleased to see how Yosef had kept up his spirituality and service of Hashem. Both Yakov and Yosef entered Galut, and both survived spiritually. When Yosef stated to his father that he to wished to be buried in Israel just like Yakov, it was because Yosef viewed himself as an extension of Yakov. Any wish that Yakov conveyed was also a wish that Yosef desired to fulfil. Since Yosef wished to be Yakov’s mirror image in the world, he too desired to be buried in Israel. When commanding his brothers to bury him in Israel, he specifically mentions that they bury his bones (Atsmotai). This was a hint to the fact that they fulfil their father’s will by enacting it themselves. By burying their bones that emanate from their father, they show that they continue his legacy in the world. Yakov Avinu never died, because he passed on his entire essence to his children. All of his children were Tsadikim and carried on his legacy.

Rabbi Shalom Schwadron told a story of two religious people who took a taxi ride in Israel a few years after the passing of the Chazon Ish – R’ Avraham Yeshaya Karelitz zt”l (1878-1953). They were in the cab and mentioning to each other how Bnei Brak wasn’t the same since the Chazon Ish had passed away. The cab driver, a non-observant Jew, hearing this, turned around and said, “Did you say that the Chazon Ish is gone? You’re wrong – you don’t know what you’re talking about! The Chazon Ish is still around – and I can prove it!” The two people were a bit stunned, and they were all ears.

The cab driver began his story: “My daughter was going through complicated labour and the doctors had been dealing with her for many hours. She was in agony, yet the doctors seemed helpless, and told me there was nothing they could do. At some point an old nurse came over to me and said, ‘Why don’t you go to the Chazon Ish?’ ‘The who?’ I asked. ‘What is the Chazon Ish?’ ‘He is a great rabbi,’ the nurse said. ‘People go to him for advice, and to pray for them.’ I asked her, ‘Where does he live?’ She told me, ‘Just go to Bnei Brak. Once you get there, any child in the street will be able to direct you to his home.’ I got into my cab and raced to Bnei Brak. In no time I was at the Chazon Ish’s house. It was late at night, but he answered my knock himself. In a quiet and friendly manner he asked how he could help me. I told him about my daughter’s difficulties, and how the doctors were unable to help her. He looked at me, smiled, and said, ‘You can go back to the hospital – the child was just born.’ He shook my hand and wished me Mazel Tov. My heart leaped with joy, but I could not believe him. I dashed back to the hospital and when I got there, sure enough, the child had already been born, exactly as he said.”

The cab driver continued. “Two years later my daughter was again expecting a child. Once again she had extreme difficulties in labour. And once again the doctors despaired of a healthy birth. This time I didn’t wait for the old nurse. I got into my cab, rushed to Bnei Brak, and went to the Chazon Ish. I came to the corner where I thought I remembered he lived, and just to be sure I asked a passer-by, ‘Is this the home of the Chazon Ish?’ The man looked at me as if I had lost my mind. ‘What’s the matter with you? Don’t you know that the Chazon Ish passed away last year?’ My heart fell. I felt as if I had lost my best friend. Illogically, I began pleading with this total stranger. ‘Please, I came to speak to him; it’s an emergency. To whom should I go now?’ ‘People go to his kever (grave site) and pray there,’ he told me. I queried as to its location, and the man pointed me in the right direction. I ran there, fell on the grave and began crying uncontrollably. I begged the Chazon Ish to pray for my daughter. ‘You saved my daughter once before,’ I pleaded, ‘please pray for her again.’ I was there a short time. Suddenly, just as I sit here now, I saw his face with that same smile. I heard him say to me, ‘Mazel tov! You can go back to the hospital; the child has been born.’ Startled, I got up, ran to my cab, and rushed back to the hospital. When I got there, they told me that my second grandchild had indeed been born.” Then the cab driver turned to his passengers and said, “nd you say the Chazon Ish is gone!”

When attending a Yeshiva, you often here Yeshiva students learning out loud. One asks the other, “What does Rashi say?” “Rashi is saying…..” is the answer! Rashi is alive – it is as if he is with us today. Through his Torah and teachings, his life lives on.

Dying in Judaism is far from certain. People who leave children behind them, students that go in their righteous path, as well as positive actions, live forever.

May we all merit to live forever!

At a Brit in Jerusalem a great Rabbi stood up…

The tale of the holy vestments

In this week's parasha there is a narrative that includes…

As we start the book of Shemot, let us delve…

The strangers ONE Question!

Do you have ambition? When you were younger were you…

The Only True Kindness In This World

As Yaakov takes leave of this world, he beseeches his… 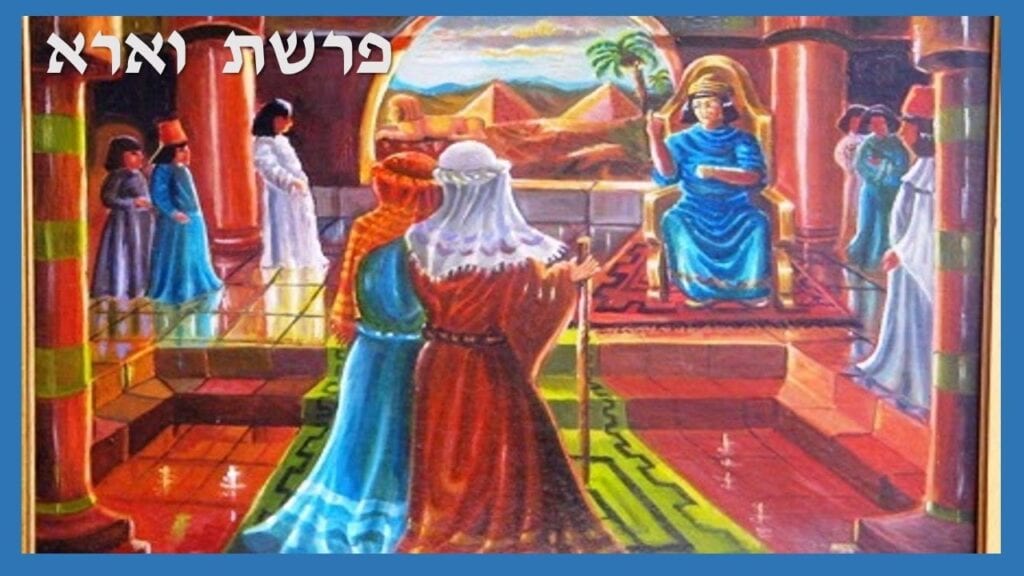 Vaera the plagues the redemption and the end of lockdown 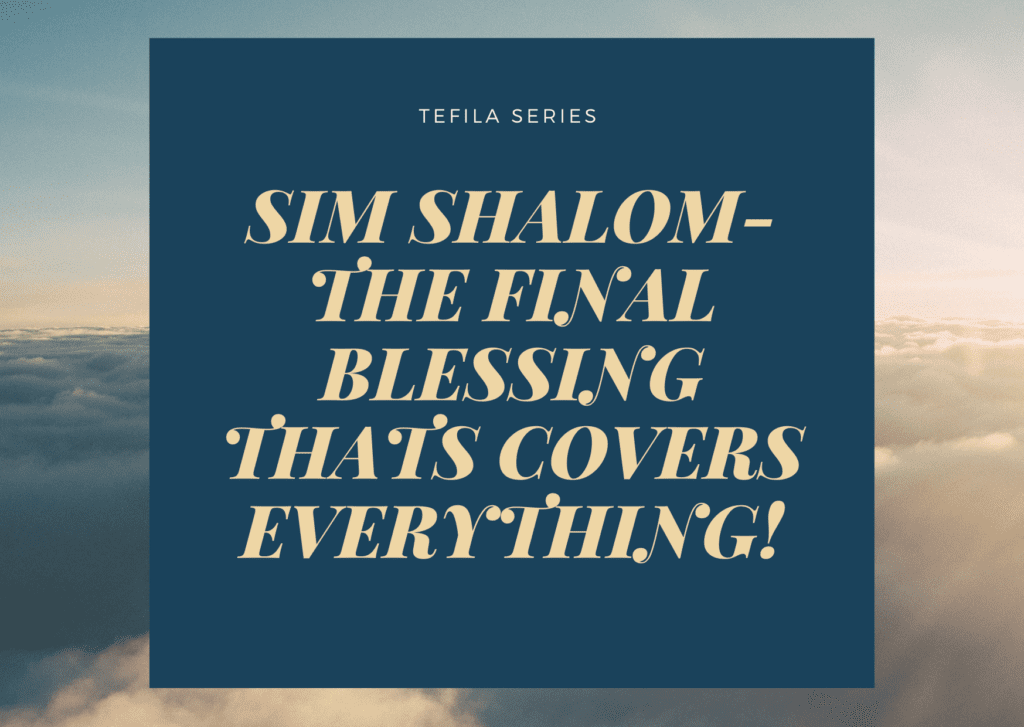 Sim Shalom- The Final Blessing that covers everything! 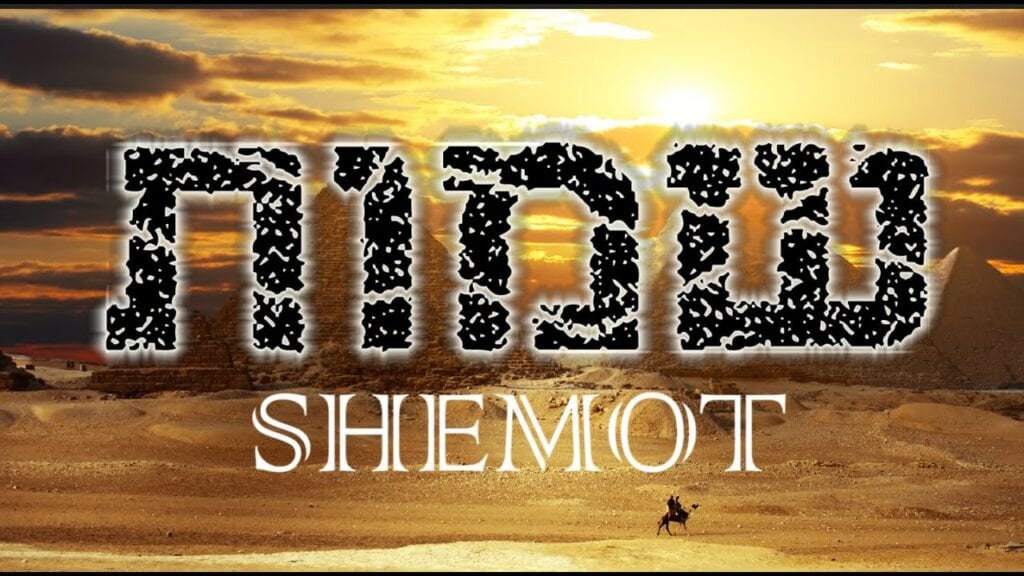 Shemot- The Birth of a Nation