Reflecting the Light – A lesson from the Moon. 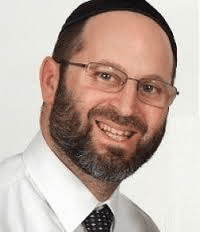 This Shabbat is the fourth and final of the four special Shabbatot which help us prepare for the festivals of Purim and Pesach.  The special maftir that is read is from Exodus 12 is called HaChodesh (“the month”).  The passage contains the first mitzvah given to the Jewish people; to sanctify the new moon and establishing Nissan as the first month of the Jewish calendar.

Out of all the 613 commandments, why was sanctifying the new month the first mitzvah?

One answer is that at this point in time the Jewish nation was being redeemed from slavery. The mitzvah of sanctifying the new month symbolizes and demonstrates our new freedom of being able to control time, as opposed to being slaves to Egypt and not in control of our own time.

Another answer is from the properties of the moon itself.  The moon does not create its own light; rather, it reflects the light of the sun. Even during the blackness of night when the sun can no longer be seen, the moon can still gather in hidden rays and reflect them earthward for mankind to find direction in the darkness of night.

Just as the moon reflects the light of the sun, so too are the Jewish people meant to reflect the “light” of God. The concept of a “Light unto the Nations” is to be a reflector of God’s light.  In this sense it is important to point out that we are not commanded to be a ‘megaphone’ to the nations telling people what to do, rather it is through our actions and good deeds as taught to us through the Torah that we act as an example of Godliness in this world.

Hence, it is quite logical and very meaningful that the first mitzvah to be given to the Jewish people should be the sanctification of the new moon. What better way is there to remind the Jewish people of the purpose for which they were freed from Egypt?