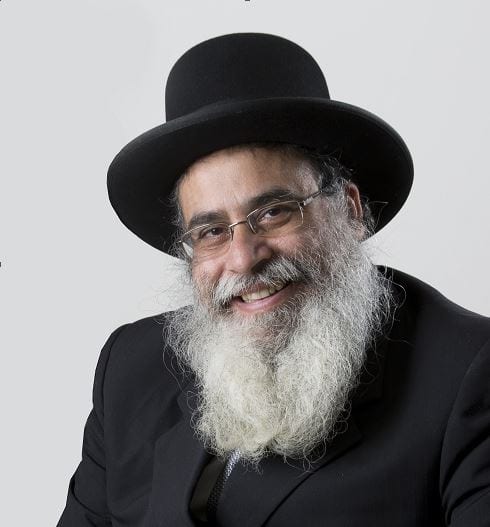 The main Avodat Hayom – service of the day -of Rosh Hashanah is to sweeten the judgment and arouse mercy. That Hashem should stand down from His Throne of Judgment and sit on His Throne of Mercy and Kindness. This is primarily achieved through the blowing of the Shofar.

“The Holy One said, ‘On Rosh Hashanah recite before Me [verses of] Sovereignty, Remembrance, and Shofar blasts (Malchuyot, Zichronot, Shofrot): Sovereignty so that you should make Me your King; Remembrance so that your remembrance should rise up before Me. And through what? Through the Shofar.’ ”(Rosh Hashanah 16a). Hence, the best way that our merit comes before Hashem is through the Shofar.

There are three ways through the Shofar that we can sweeten the judgment.

The first is through beseeching G-d’s mercy.

We are taught (Tehillim 89:16): Fortunate are those who know the power of Terua, the Shofar blast. The Ramchal quotes R Yeshaya as asking: Don’t the other nations of the world know how to make the sound of the Teruah? Why are Bnei Yisrael considered unique in this respect? He answers that Am Yisrael are special in that they know how to beseech G-d through the sound of the Shofar, and He so to speak stands down from his Throne of Judgment and moves to His Throne of Mercy, changing His attribute of Judgment to an attribute of Mercy.

The understanding here is not just that we are hearing sounds, rather Am Yisrael know how to appease G-d via the crying voice of the Shofar. Through the voice of the Shofar, we are awakened to cry out and it is through this crying that Hashem moves towards Mercy.

The Gemara (Rosh Hashanah 16b) states: “Rabbi Yitzchak said: a year that is impoverished in the beginning will be wealthy at the end, as it is said (Devarim 11:12) Mereishit Hashanah, from the beginning of the year.” The word Mereishit is written without an Aleph; thus the root of  this word is from the word Rash, meaning poor. It is said further in that verse V’ad Achaharit, and until the end, and this denotes that there is an end. Rashi and Tosafot explain that the Gemara means to say that when the Jewish people make themselves like poor people on Rosh Hashanah, supplicating before HaShem, then HaShem has compassion on them and favours them.

Thus, the Shofar arouses us to pray and beseech the Almighty enhancing His mercy.

The second way in which the Shofar sweetens the judgment is through causing us to repent.

The Midrash relates that we should review our actions through the Shofar as the Pasuk states Tiku Bachodesh Shofar. (rather than Tiku Bachodesh Hashevii).

The Rambam (Hilchot Teshuvah 3:4) explains that the Shofar arouses one to repent: “Although the sounding of the Shofar on Rosh Hashanah is a Divine decree [which is accepted without our having to understand its reason] nevertheless, we can discern a purpose in doing so. It is as if it tells us: Sleepers, arise from your slumber, and those who are dozing, awake from your lethargy. Review your actions, repent your sins, and remember your Creator! Those who forget the truth with the passing of time and who waste their years pursuing vanity and folly that is purposeless and cannot save you – look into your souls and improve your ways and your deeds. Let all abandon the ways of evil and thoughts that offer no benefit.”

Similarly, the Sefer HaChinuch (Mitsvah 405) states “And the voice of the Shofar awakens a great deal the hearts of those that are listening and all the more so the voice of the Teruah which is a broken sound.”

The Ran writes regarding the Pasuk (Amos 3:6 ) “If a Shofar is blown in the city will the people not be afraid?” Through the blowing of the Shofar, a person is able to think about repentance which confuses the accusing angels, not allowing them to accuse and hence causing G-d’s Mercy to be aroused.

The Shaar HaKavanot (90:1) writes that it is good to confess one’s sins quietly in the Tekiot Dimyushav (first set of blasts) which is a time when the accusers are confused and thus allows the confession to penetrate the heavens together with the Shofar blasts.

The third way is through reminding us of the merit of our forefathers. As the Midrash states, “G-d said to Israel, ‘My son! If you want to merit before me in Judgment on this day, recall the merits of your fathers, and you will gain a good judgment.”

Avraham Avinu also prayed in front of G-d saying that just as he had conquered his inclination and ignored his desires, so too should HaShem remember this and have mercy on his children.

Another Gemara (Rosh Hashanah 16a) states that we blow a ram’s horn in order to remember the ram of Akedat Yitzchak.

“Hashem said: ‘Blow before me with a Shofar from a ram so that I will remember the Akedah, and it will be as if you will have bound yourselves in front of me.’”

Our Rabbis instituted that we should read the portion of the Akedah on the second day of Rosh Hashanah specifically for this reason.

The Minhag of the Sephardim is to say “Et Shaarei Ratson LeHipateach” which reminds us of the Akedah, just before we are going to blow the shofar. Following this, it is customary for the Sheliach Tsibur to read a special prayer just before blowing. In this prayer the Sheliach Tsibur relates how the congregation have appointed him to be their mouthpiece to blow the Shofar in order that G-d remembers the merit of Avraham and his prayer at Har Hamoriah and the merit of Yakov who followed G-d with truth and belief and the merit of Yitschak who was bound on the altar.

In his awesome Piyut, R Amnon states that Repentance, Prayer, and Tsedaka (Justice, or Charity) can push away bad decrees.

We can suggest that these three things can be connected to the three above mentioned lessons from the Shofar.

The Shofar blasts will cause us to repent; they represent our prayers and cause us to go in the ways of our forefathers.