The Need for Inner and Outer Consistency 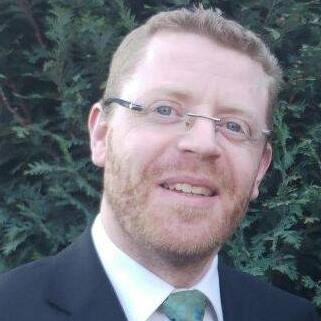 In preparing the Jewish people for the future without him, Moses warns them not to adopt the practices of the surrounding nations.

Amongst the specifics of this, we find a general piece of advice, namely, “You shall be wholehearted with Hashem your G-d” (Devarim 18:13)

This is a bold statement but what exactly does it mean in reality?

We know that the Torah comprises of 613 mitzvot; 248 positive laws and 365 negative prohibitions which correspond to the same number of limbs and sinews in the human body.  According to the DivreiEmet (18th century Chozeh of Lublin) this split also parallels our dual make-up of body and soul and so we must involve our whole being in developing our connection to G-d.  In other words, being wholehearted with Hashem means putting our heart and soul into our relationship with the Divine.

The expression ‘wholehearted’ is understood by the Chizkuni(13th century French rabbi) to mean “to have an exclusive relationship with either man or G-d.” We cannot flirt with any alternatives. The opposite of this occurred with the nations that were made to live in Israel as exchange for the Ten Tribes which the Assyrians had exiled. They professed to follow the Jewish way of life, but without abandoning their own religion. As a result, they became victims of the lions invading their part of the Land of Israel.(Compare Kings II 17&33)

In the introduction to his 11thcentury classic work, Duties of the Heart, RabbeinuBachyasays that this verse requires our exterior and interior to be equal and consistent in the service of G-d, so that the testimony of the heart, tongue, and limbs be alike, and that they support and confirm each other instead of differing and contradicting each other.

Bachya continues by saying that it is well known, that whoever exhibits conflicting or contradictory behaviour in word or deed – people do not believe in his integrity and have no confidence in his truthfulness. Likewise, if our exterior conflicts with our interior, if our heart’s intent conflicts with our words, if our physical activities are not consistent with the convictions of our soul – our service to our G-d will not be whole, for He will not accept fake service from us.

From here we can understand the genius of Moses’ leadership which, amongst other things, was to arrange a comprehensive scheme for Jewish life. Not only did he set out the details but he also provided a broad stroke so that we are cognisant of our obligations and the requisite attitude that we must develop to accompany them.

The call to be “wholehearted with Hashem” urges us to be sincere in everything we do both physically and spiritually, to act with integrity so that our actions reflect our thoughts and we commit fully to our relationship with G-d.

Download
What are you chasing?
Ooh or Aah?
Back to Rabbi's Articles